Hailed by the New York Times for her “plush, full sound, yet also youthful brightness”, American mezzo-soprano Angela Brower is one of the most sought-after lyric mezzo-sopranos of her generation.

A former member of the Bayerische Staatsoper ensemble, and alumna of their studio, she continues to bring her compelling artistry and musicianship to the world’s leading opera houses and concert venues. This October, Angela Brower stars as Rosina in Il barbiere di Siviglia with the Norwegian National Opera under the baton of Daniel Cohen. This marks Ms. Brower’s much-anticipated return to the beautiful city of Oslo after the pandemic shut down live performances of the production in 2020. Directed by Jetske… 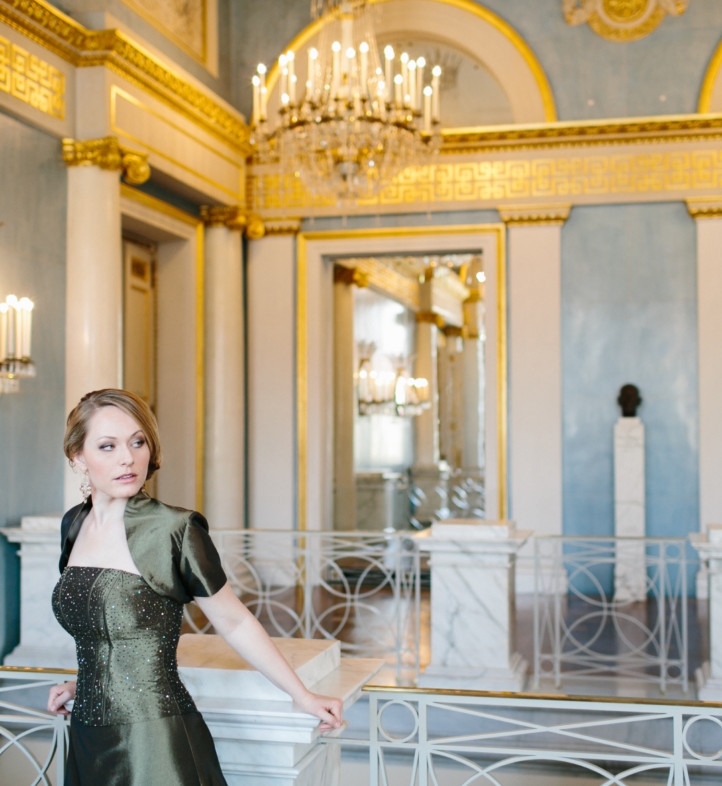 Angela Brower stars as Cherubino in Le Nozze di Figaro at the Seiji Ozawa Matsumoto Festival on August 21, 24, & 27. Nodoka Okisawa conducts the Saito Kinen Orchestra in Laurent Pelly’s delightful production. A signature role for Ms. Brower, she has been heralded for her portrayal of the hormonal teenager: “Singing the lovesick… This April, Angela Brower will make her highly anticipated role debut as Susanna in Le nozze di Figaro and reprise her signature role of Dorabella in Così fan tutte with Gran Teatre del Liceu. These performances are part of the company’s productions of the Mozart-Da Ponte trilogy throughout the month, which… The poet E. T. A. Hoffmann as the protagonist of his own fantastic tales: In his encounter with three women – Olympia, Antonia, and Giulietta – he searches in vain for love and for himself. Will he draw the strength for art from his failure in life? Stage director Daniele Finzi Pasca brings an enchanting, fairy-tale-like spectacle to the stage with all the colourful means of theatrical magic.